Istanbul is the most populated city in Turkey and the country’s economic, cultural and historic center. It is also a transcontinental city, as half of it is located in Asia and the other half in Europe, with both halves being separated by the Bosphorus strait. The commercial and historical center of Istanbul lies on the European side, while a third of the city’s population lives on the Asian Side. Istanbul is also the largest city in Europe, and the 7th largest city worldwide.
Istanbul has a lot of tourist attractions to offer, and is a very interesting place to visit. Its atmosphere is unique, being a blend of both the western and the eastern world, as well as managing to be a modern city while maintaining its historic buildings, mosques, basilicas, cathedrals and ancient bazaars.
Now, I would like to talk about some of Istanbul’s most remarkable tourist attractions. 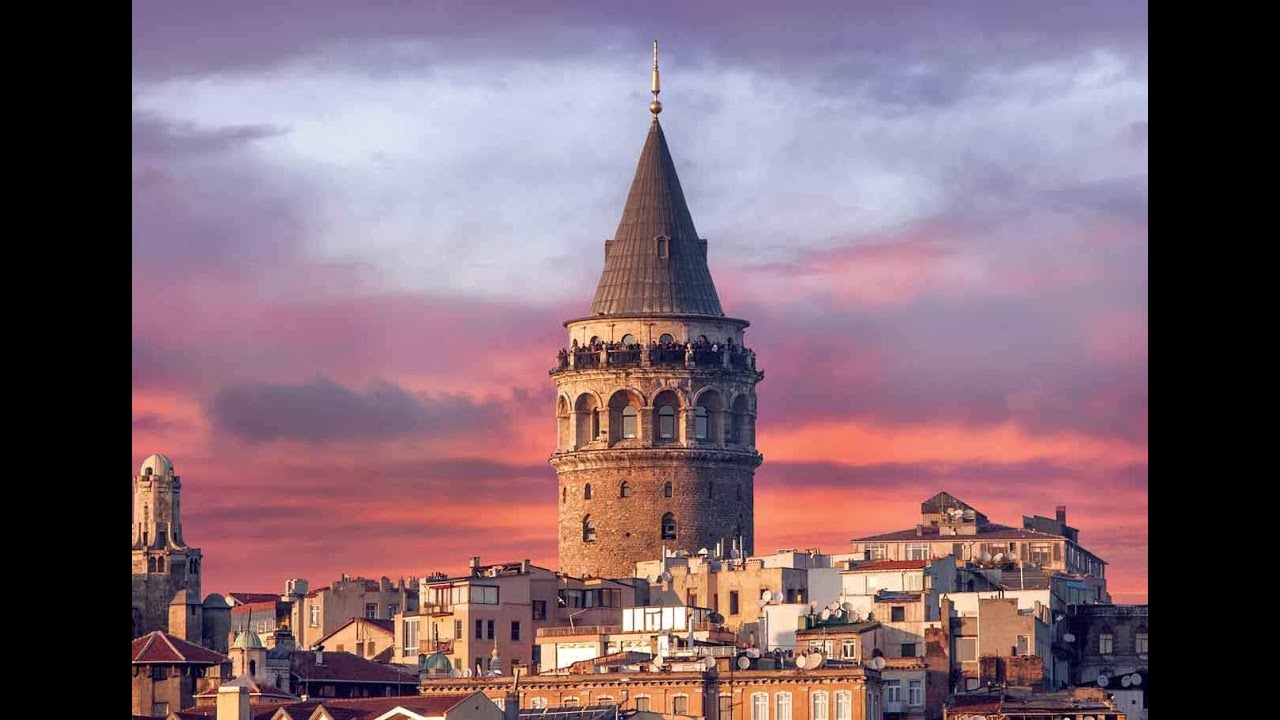 The Galata Tower was Istanbul’s tallest building when it was built in 1348. While the tower had been used for many different purposes since it was build, nowadays it’s a tourist attraction that offers an amazing view of the city, and has a restaurant, a café and even a night club.

If you like to go shopping, you can’t miss the opportunity to visit Istanbul’s Grand Bazaar. The bazaar contains 5.000 shops, and features jewelry, spices, food, carpets, clothes, hand-painted ceramics and antiques. It is visited by around 250.000 people every day. 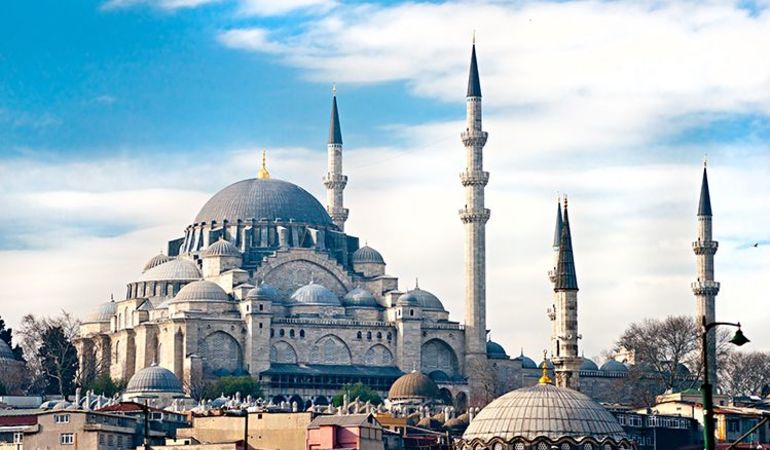 Built by the sultan Suleyman the Magnificent in 1550, the Suleymaniye Mosque is the second largest mosque in the city and one of the best-known sights of Istanbul. This mosque blends the Islamic and Byzantine architectural elements, and It’s beauty and peacefulness gives an inspiring sense of spirituality to its visitors.

The Sultan Ahmed Mosque, is a historic mosque and a popular tourist attraction. It continues to function as a mosque today, so it’s closed to tourists during Muslims daily prayer times. Also, all visitors must remove their shoes and women must cover their hair while visiting. Such restrictions, however, are worth it, as the Blue Mosque offers priceless treasures that include 20.000 ceramic tiles in various tulip designs and 200 stained glass windows, all with intricate designs. Hagia Sophia was a Greek Orthodox Christian patriarchal basilica, later an imperial mosque, and nowadays a museum and is Istanbul’s top attraction. It used to be be the largest cathedral in the world and it served as inspiration for other mosques, as it was a great example of Byzantine architecture. Attractions in Hagia Sophia include a Virgin Mary Mosaic, Ottoman Tombs and the Weeping Column, a column in the northern side aisle of the imperial door which is said to have been blessed by Saint Gregory the Miracle Worker and is thought to cure sickness.

The Topkapi Palace is one of the main tourist attractions of Istanbul, and is certainly a must-see for everyone visiting the city. It used to be the main residence of Ottoman Empire sultans and seat of the Turkish government, but now, as many other places of historical importance in Istanbul, is a museum open for tourists. The Topkapi Palace is also the largest and oldest palace in the world, and combines history with a stunning scenery that everyone should see during their visit to Istanbul. Visitors can see the harem’s quarters, the places where the Turkish government used to work in, the palace kitchens, a collection of old weapons used by sultans, and the treasury with its collection of jewels and clocks.

Three museums combined, formerly known as the Archeological Museum, the Ancient Orient Museum and the Tiled Kiosk Museum, the Istanbul Archeological Museum is one of the most important museums in Turkey, containing more than one million objects from civilizations from around the world, as well as the sarcophagus of Alexander the Great.

The Basilica Cistern is another example of how advanced and ahead of its time ancient Roman architecture was. This underground cistern, also known as the Sunken Palace, can hold up to 2.8 million cubic feet of water, and has been
providing Istanbul with it as early as the sixth century.

Comparable to the Palace of Versailles, Dolmabahce Palace is a beautiful and luxurious palace built in the 19th century. This palace is a mixture between traditional Ottoman architecture and European styles such as Neoclassical, Baroque and Rococo. Also, it’s architecture isn’t the only remarkable aspect of this palace, but it’s location as well, being built along the Bosphurus coast line providing a beautiful scenery too.

While many of the place I’ve listed so far are pretty much near each other, the Church of the Holy Savior in Chora (Chora Church for short) is quite isolated from the rest. However, going there is definitely worth it, as it’s great compilation of Byzantine art is simply stunning, which include mosaics and frescoes depicting the lives of Jesus and Mary. It’s one of the most beautiful surviving examples of Byzantine architecture and, while it used to be a Church, nowadays is a museum for tourists to visit.

To sum up, Istanbul is a great city with a nice mixture of both the past and the present, and the East and the West. Most of its tourist attractions used to be places of great religious and political importance back when they were built, and now are open for everyone to visit. If you are visiting Turkey, you shouldn’t miss the chance to see these marvelous places.